This installation is the result of a lengthy project in which I was very involved with potatoes. It started with the cultivation of potatoes in the academy studios, using a so-called Potato Tower. During the growth of the plants, and theirfor the heigt of the tower, I did a video on the public response of the artwork. With the Potato Tower strapped on a cart, I walked in to the financial district of Brussels to survey with the casual passerby. Also a Pecha Kucha-style video presentation on potatoes in art history was developed during this project. When the actual cultivation had failed, because no potatoes had grown, I couldn’t give up the idea of having a opening party with the anticipated end result. I ended up making potato soup and crisps with store bought potatoes, to share on the vernisage. I told nobody that I failed and cheated untill now. 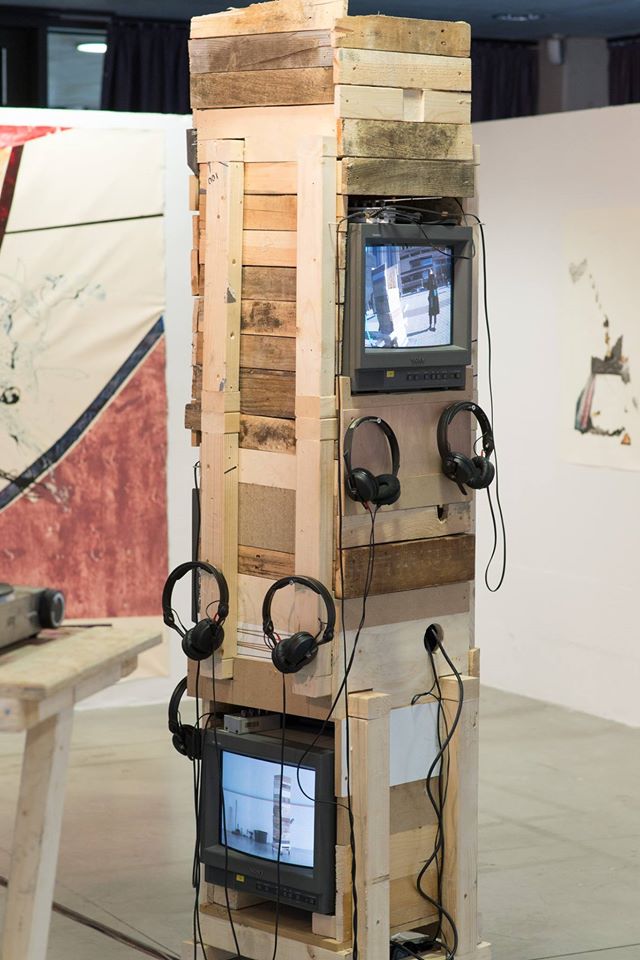